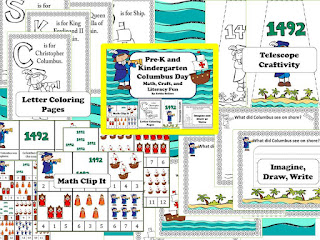 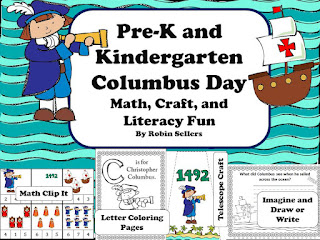 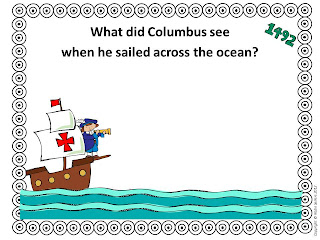 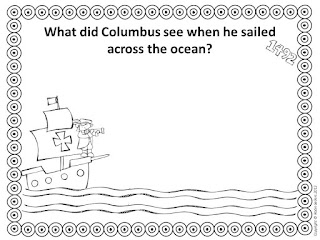 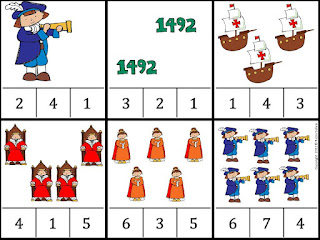 Kids love my clothespin activities. This clip it game lets students use clothespins to match the number to the Christopher Columbus images.

For older students, I've created this lesson that teaches students how to write a haiku. There are instructions for writing the haiku and they tie in with the four Columbus Day craftivities included in the pack. Click this Columbus Day Teaching Resource image to learn more. 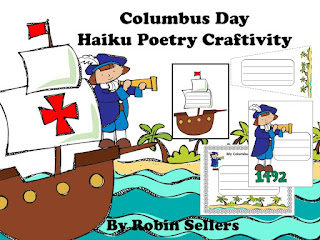 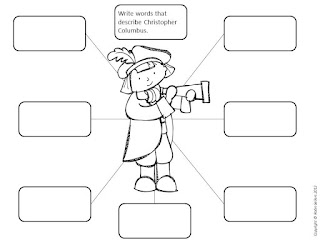 I hope that one of these Columbus Day resources for kids is just what you need to teach about Columbus Day!

Bad Piggies App Review By A Kid and Persuasive Writing

Rovio released its latest Angry Birds app this month called Bad Piggies. The techies of the world have already flooded the Web with their way too technical reviews. In fact, what the techies were doing is writing a persuasive piece, just like we do in the classroom.

It's always good to let students write about what they know about and care about. Yes, you'll get better results. So, without further ado, here's an 8-year-old's review of Bad Piggies. It's also a persuasive paragraph that meets Common Core standards. 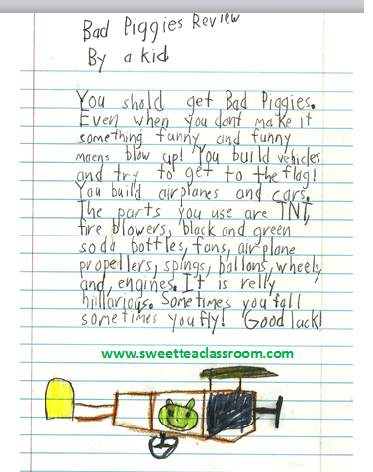 Here's a modified version of this Bad Piggies review from an eight-year-old:


Bad Piggies Review By A Kid

You should get Bad Piggies. Even when you don't make it, something funny, and funny means blows up [happens]. You build vehicles and try to get to the flag! You build airplanes and cars. The parts you use are TNT, fire blowers, black and green soda bottles, fans, airplane propellers, springs, balloons, wheels, and engines It is really hilarious. Sometimes you fall. Sometimes you fly! Good Luck!

The key to persausive paragraphs is letting students persuade others to do something they like or care about. As a case in point, look at all those words that this eight-year-old tackled. There's even a super topic sentence.
Posted by Robin @ Sweet Tea Classroom at 8:50 AM 1 comment: 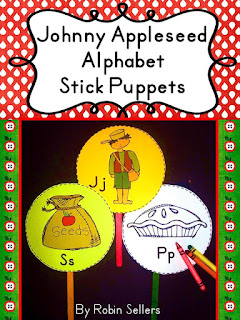 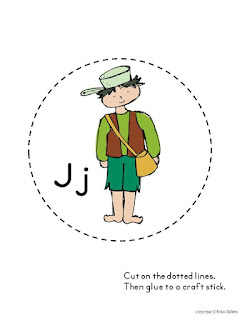 There are many ways to use these alphabet stick puppets in your room. You will not have all of the letters in the alphabet, but you can still do alphabet activities.

You can also use your stick puppets to help your students learn more about Johnny Appleseed. I’ve left the letters off for older students.

Click {Here} to learn more about my stick puppets or purchase them at my store.

Posted by Robin @ Sweet Tea Classroom at 10:56 AM No comments:

You can teach about Johnny Appleseed all fall while the apples are ready. Check out my apple craft. The kiddos color and cut out the stages of an apple tree, glue them to the apple patterns, and then create a foldable apple for a fall craft. 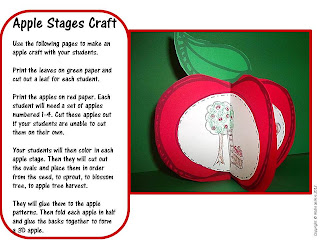 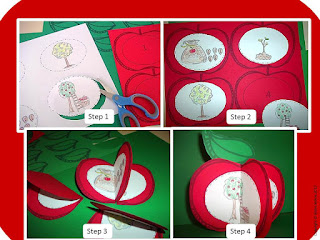 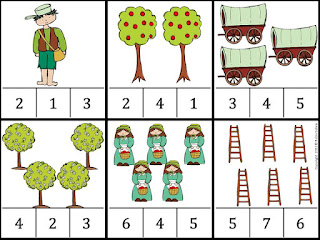 Plus, I love to write about Johnny Appleseed. I created these writing prompts so that the students can draw their response for pre-k or write their response for older students. I like prompts that are open ended where there is no wrong answer. It lets students become more creative writers. 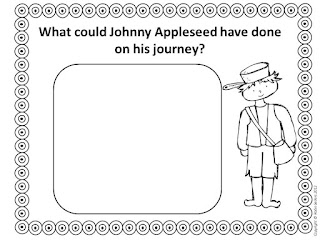 Then, I added a few coloring pages. A is for Apple, but J is for Johnny Appleseed and W is for Wagon. I encourage students to have fun with these and use any colors that they would like to create Johnny's clothing. 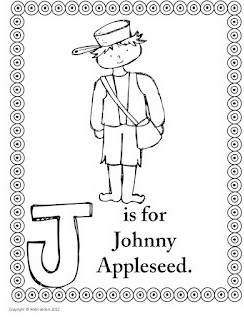 I'm selling this 20 plus page Fall Apples and Johnny Appleseed Unit at my TpT store {Here} and my TN store {Here}.

Posted by Robin @ Sweet Tea Classroom at 9:25 AM 2 comments:

My Courses-- Take an Online Class with Me

Catch Me After Class

Welcome to the Sweet Tea Classroom where everything about teaching is sweet and fun!
Enjoy it,
Robin